We are a producer and distiller of organic and conventional aromatic raw materials and essential oils of Malagasy origin.
Our spices are marketed by our sister company, Jacarandas Spices and Ingredients.

Our company was established in 2004 and is based in Madagascar and France.

Our expertise: to develop and certify the farming sectors that produce the ingredients and raw materials we distil. 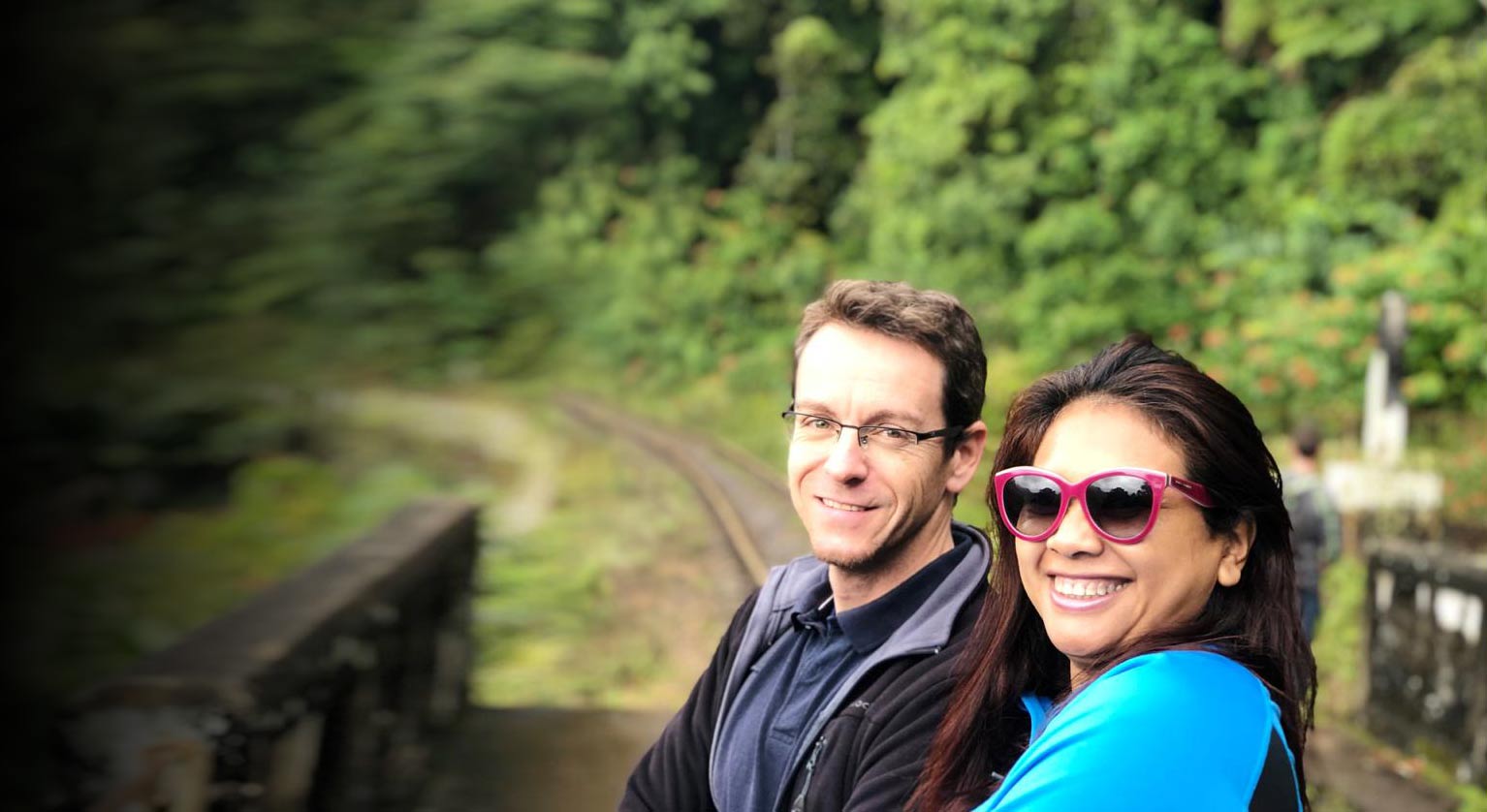 Words from our founders and associates

« We’re developing Jacarandas according to virtuous principles on the human and environmental levels. We bring together players in small-scale agriculture in associations and co-operatives. We thus participate in improving their living conditions and we act together to protect the great biodiversity of Madagascar. »

« We have always wanted a company with a human scale. Jacarandas is a building made through teamwork. From planning to implementation, each person has a role to play and a contribution to make. It’s the team spirit that keeps people motivated to move forward a little more every day. » 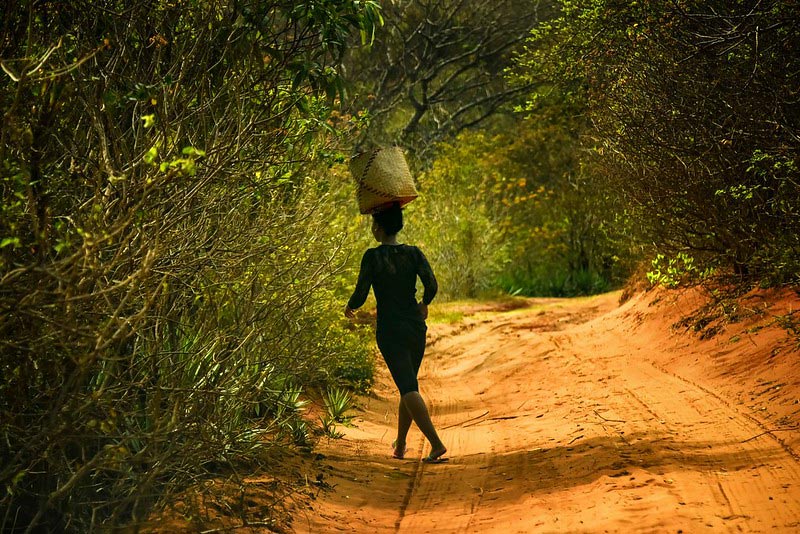 The island of Madagascar, with its isolated position in the Indian Ocean, benefits from very fertile soils. The large island is endowed with exceptional biodiversity and more than 80% of its species are endemic. 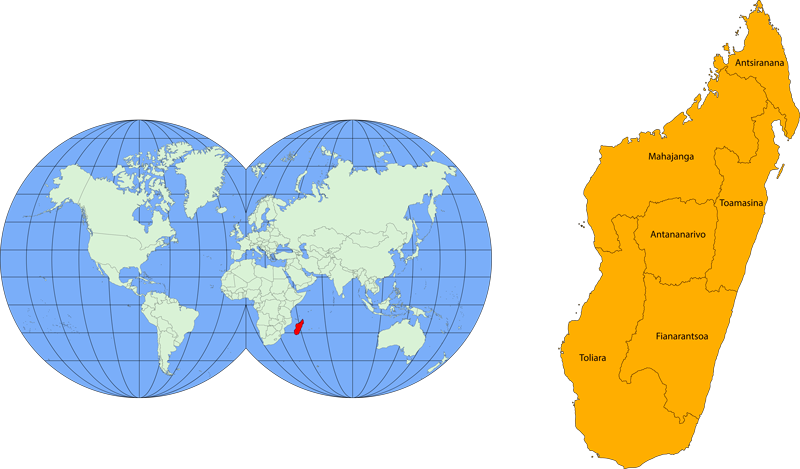 The country has a hot and dry climate in the south, but temperatures can fall below freezing in the Highlands and a hot and humid environment prevails in the north and east of the island.

This variety of climates partly explains the great botanical diversity of Madagascar.

Starting in the 16th Century, Madagascar became a port of call on the journey to the East Indies. The island thus benefited from the addition of non-endemic plant species from India and elsewhere in Asia (cloves, cinnamon, etc.). The introduced species became acclimatised and developed their own qualities. Some even mutated, creating new species, as the Ravintsara. 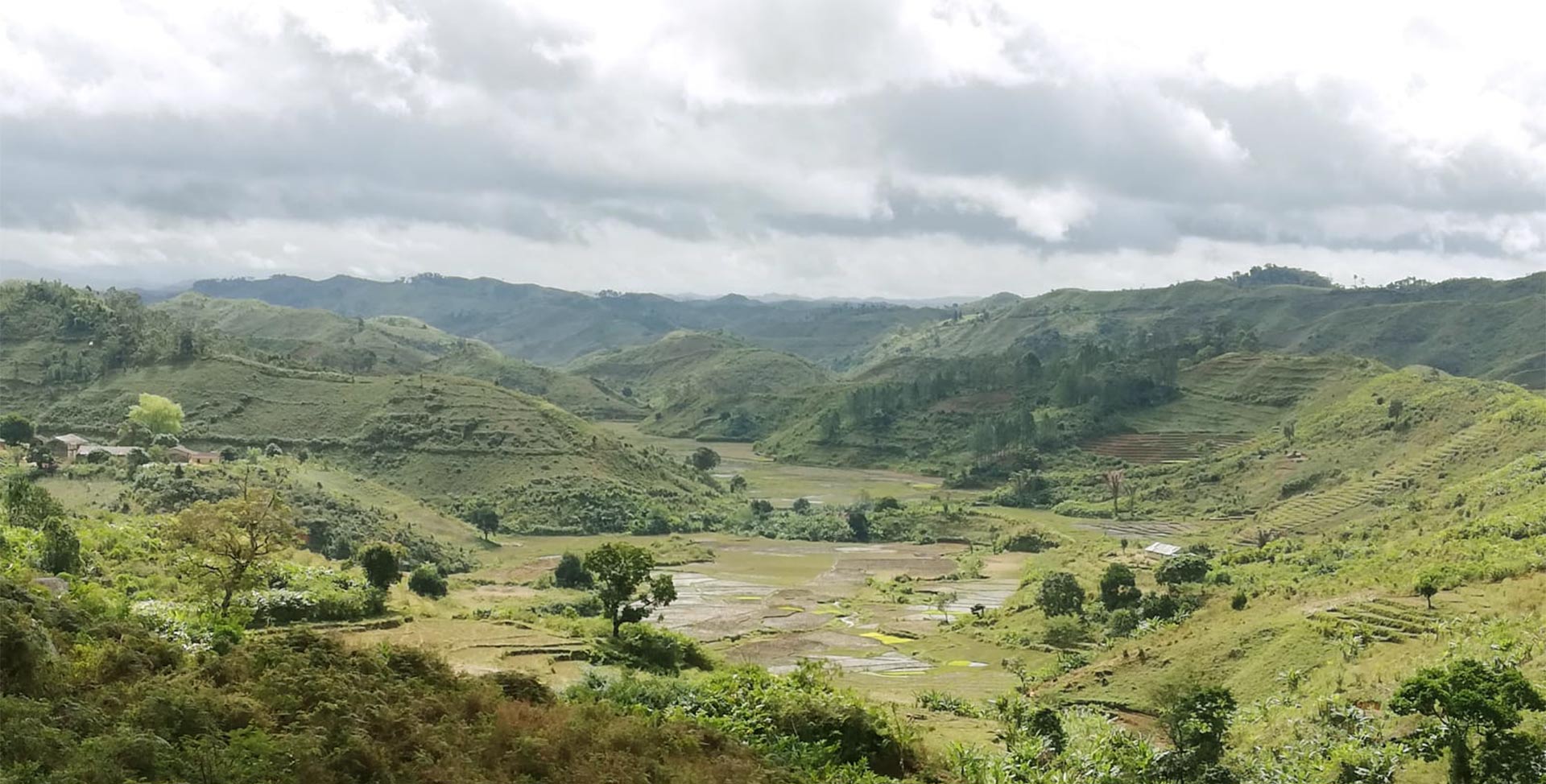 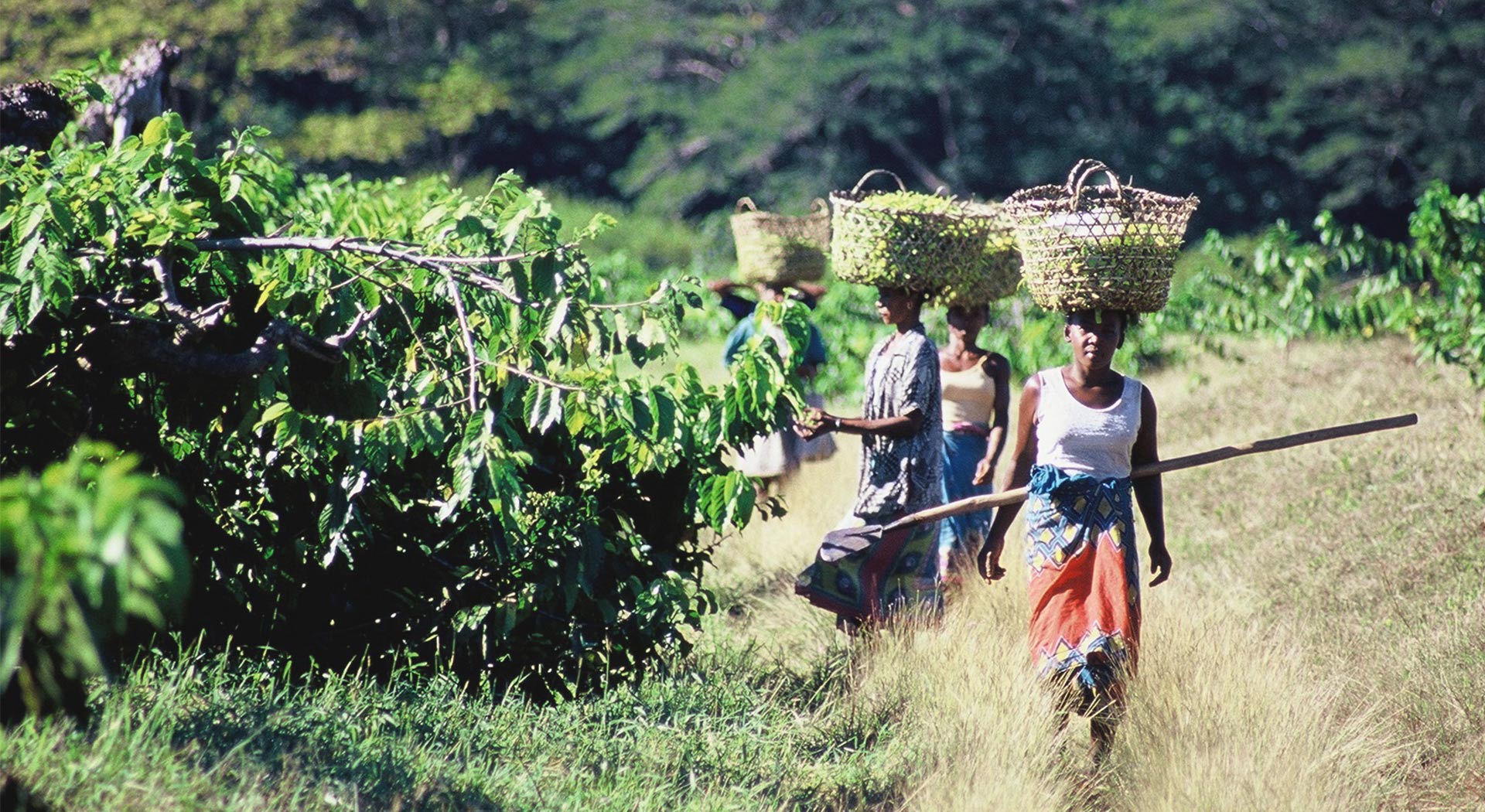 JACARANDAS Madagascar : presence on the ground, with proximity to producers

Our products come from Malagasy soils and are the fruit of the labours of small farmers. We have developed sustainable partnerships with our producers.

Our network consists of several thousand farmers organised into agricultural associations and co-operatives.

The goals of our partnerships

To organise producing farmers into associations and co-operatives

To make the incomes of our producer partners sustainable

To increase volumes and improve the quality of production

To develop and secure our raw material supplies 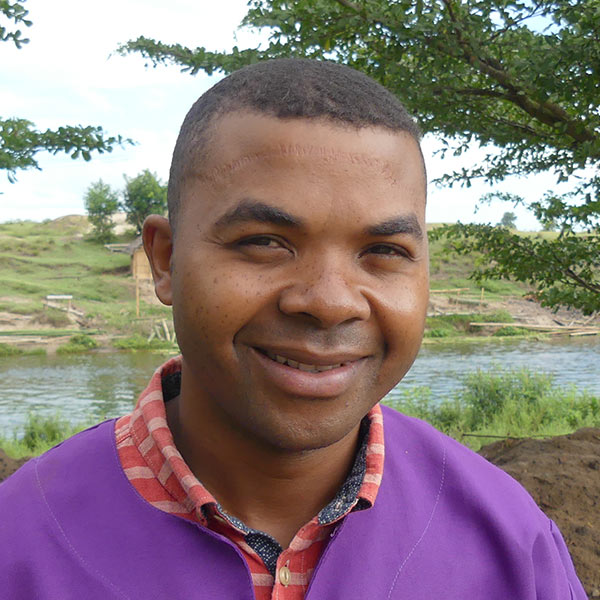 « Managers recognise our skills and this is very motivating. I’ve been trained and thus acquired new skills that help me greatly while also being beneficial to society. Excellence is the intrinsic value of Jacarandas; it’s our difference and our strength. » 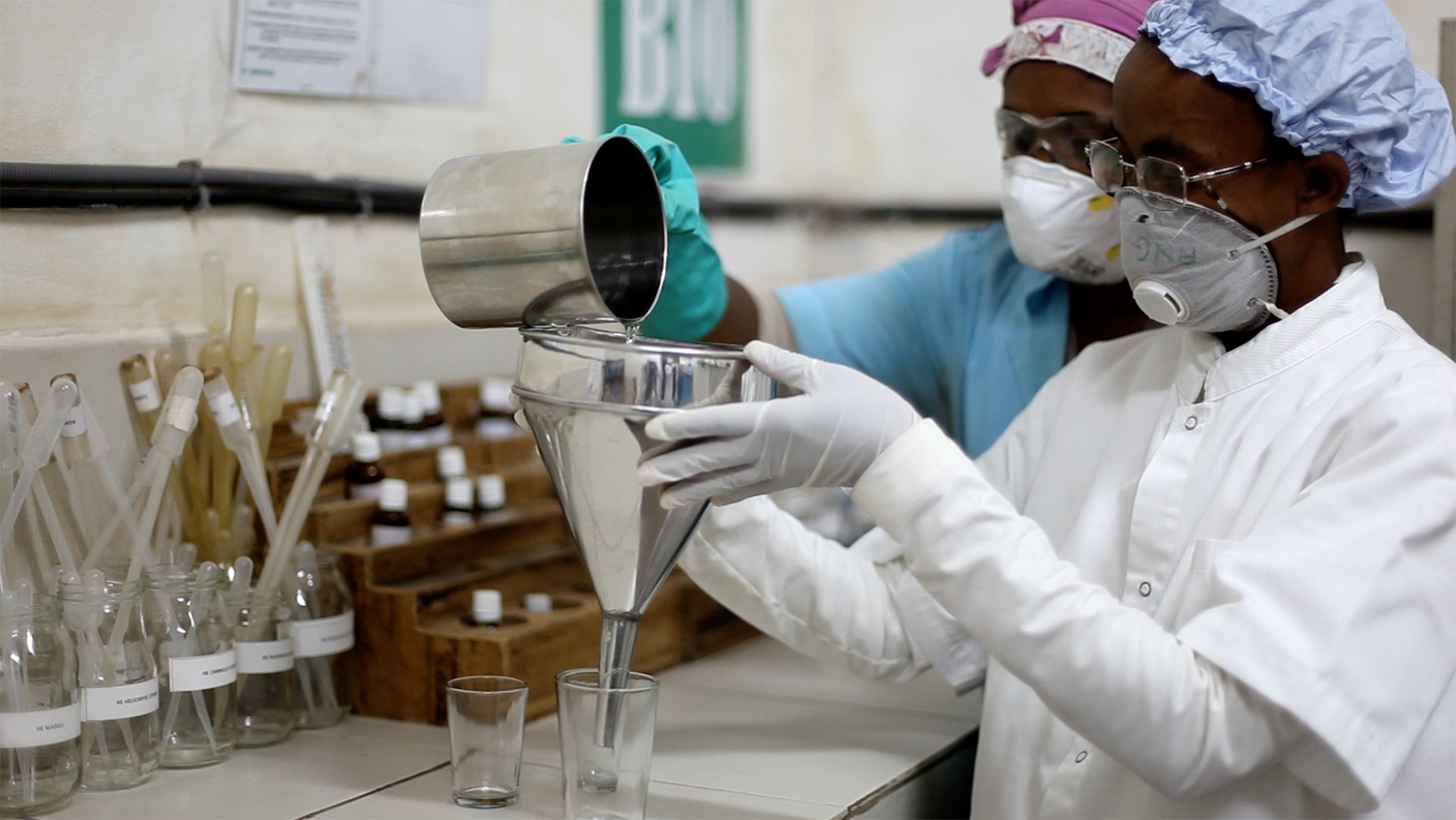 Our recent plant (2017) is located in Tamatave, the first port city in Madagascar. An area of 12,000 m² is dedicated to the process and storage of raw materials, spices and ingredients. Our plant complies with ISO 9001 and HACCP standards. The distillation of essential oils benefits from three stills and a dedicated team.

In 2019, a new phase of enlargement has started, to increase our raw material storage capacity, we have built a warehouse of more than 1,000m². 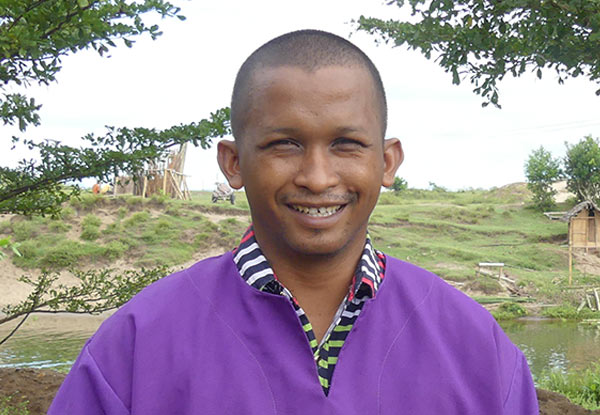 Setra joined Jacarandas in 2006 as a quality controller. Always very keen to deepen his knowledge and improve himself, Setra has taken numerous training courses. Since 2014, he has held the position of Essential Oils and Distillery Manager. 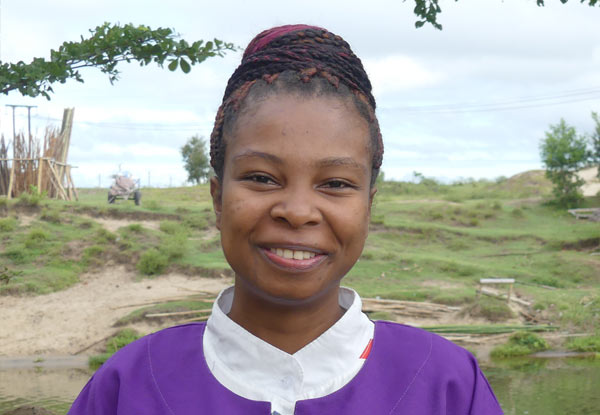 Ovastina was hired in 2015 as an Operator. This dynamic and persistent young woman knows how to use the training she has received to develop herself. 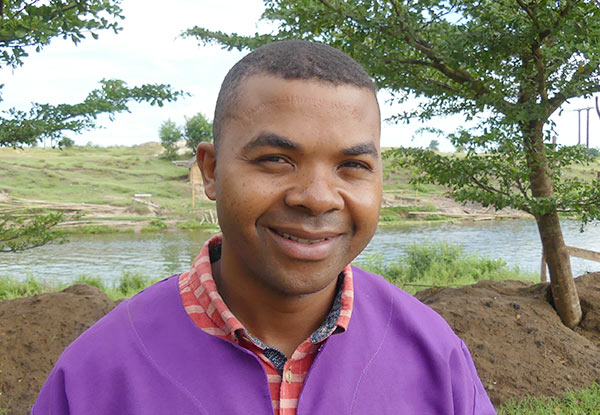 Bosco is very dynamic and was hired by Jacarandas in 2017. He’s full of innovative ideas. 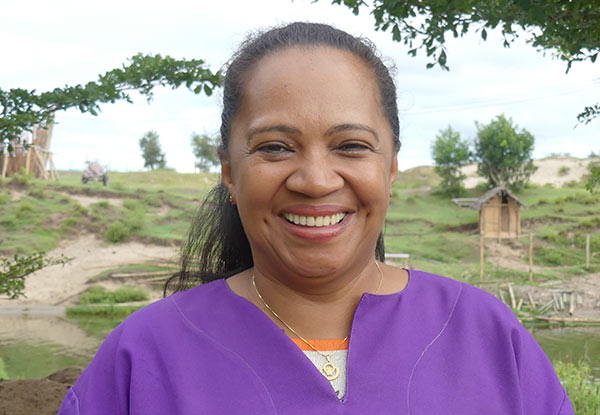 Administrative Manager and Head of the Clove Department

Lucie is one of the pillars of our factory. She has actively participated in the development of the company since joining the team in 2011. 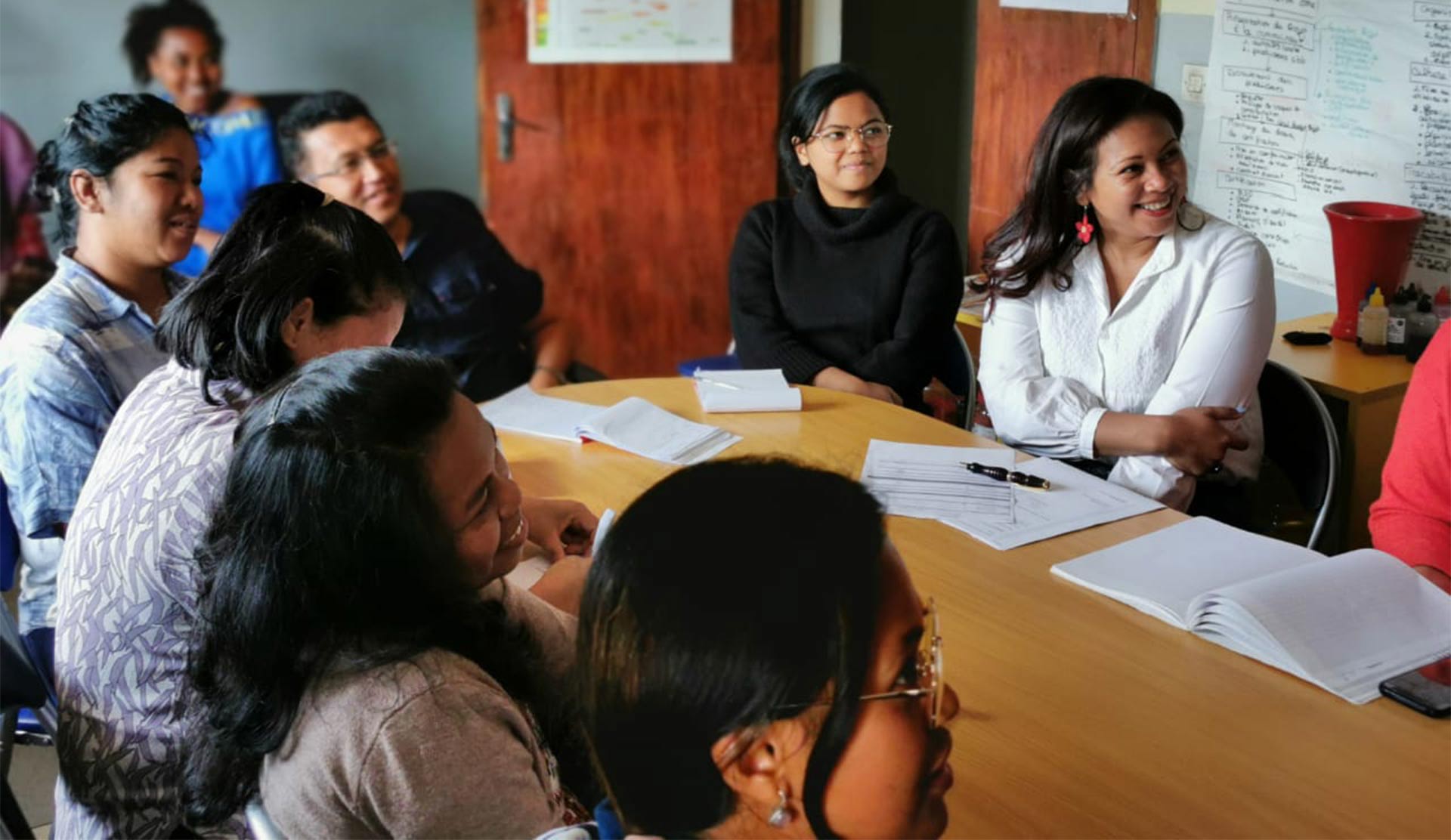 The offices in Antananarivo include the following departments:

The Development department is preparing for the future of JACARANDAS. It identifies production zones, sets up projects and performs certifications until the branch is productive. 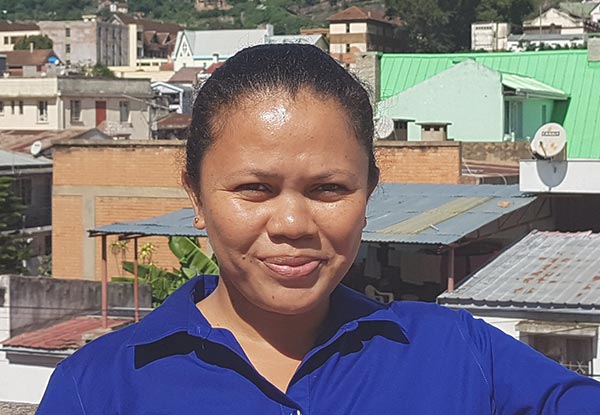 Clara is responsible for the shipment of our products to France and internationally by air and by sea. Always efficient and available, Clara is a key member of our exports team. 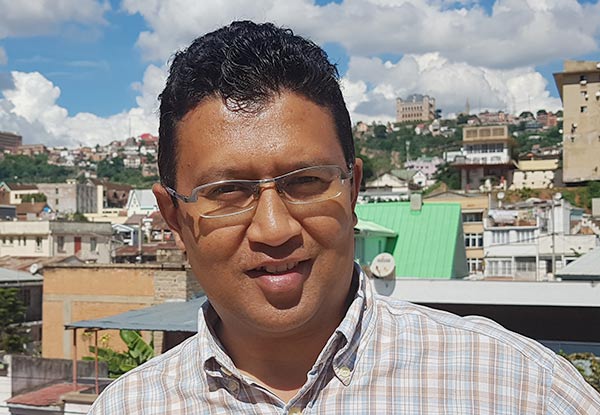 With 25 years of experience in the Raw Materials sector, Lalah deploys his thoroughness and skills at the service of the Finance Department. 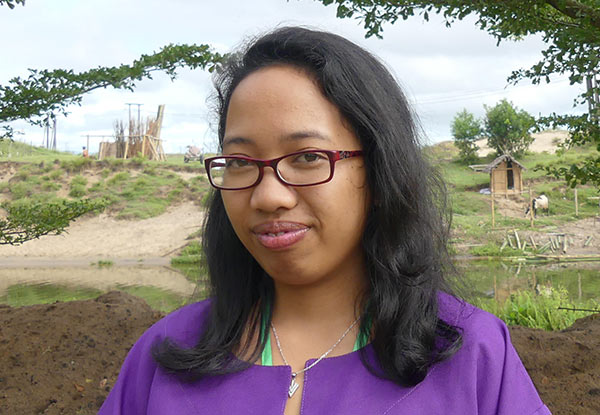 Since 2018, Elodie has been a technical leader on our product projects such as turmeric, pink peppercorn and Voatsiperifery. Elodie spends more time in the bush than at the office! 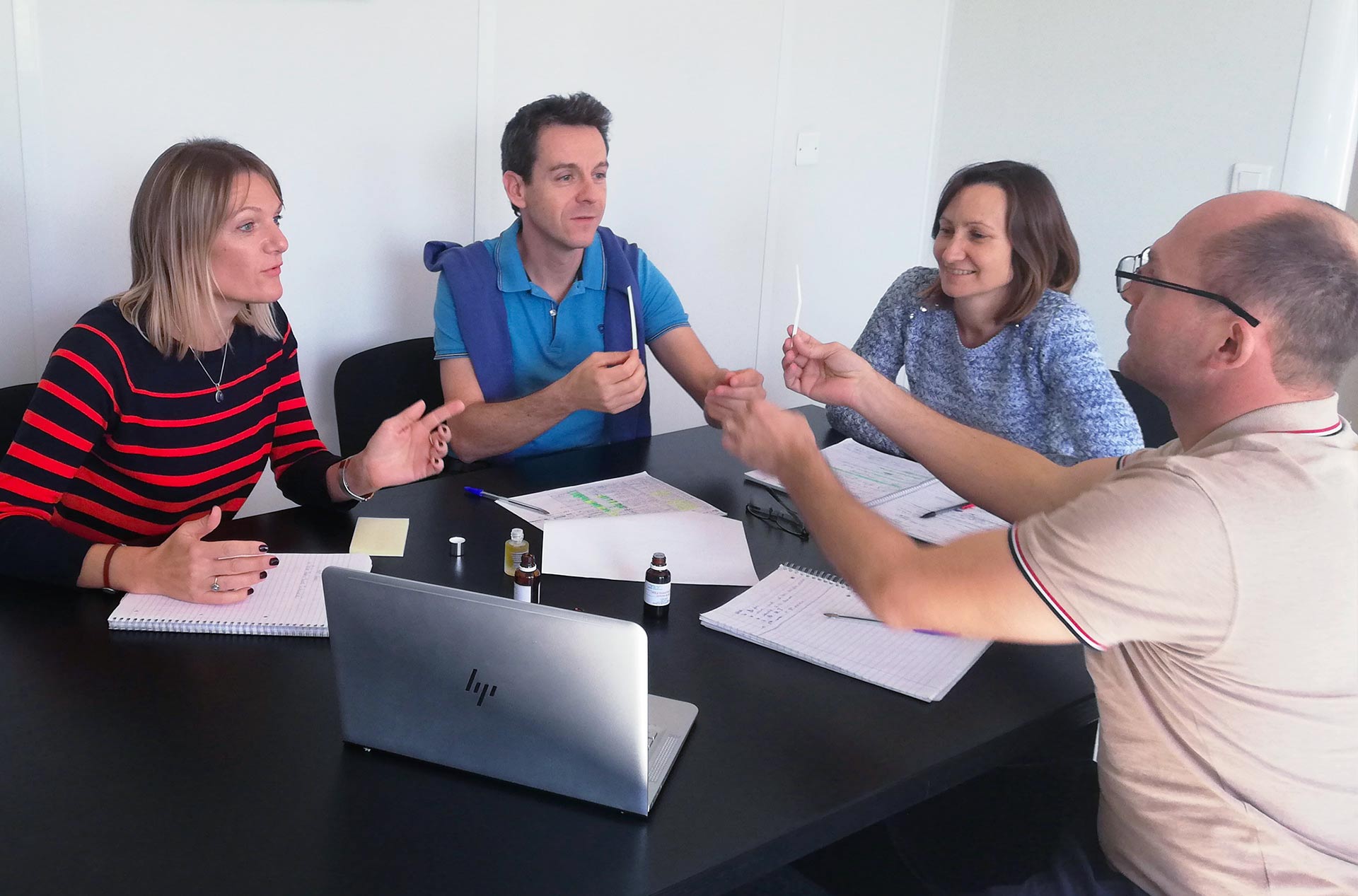 Jacarandas International, our expertise in essential oils from Madagascar is at your service

As a sister company of Jacarandas, our commercial and regulatory team is based in Rousset, near Aix en Provence (France). We rely on the know-how of our partner producers and our teams in Madagascar to offer you high-quality essential oils.

Our essential oils are marketed in France and internationally via our French warehouse or directly from our factory in Madagascar. 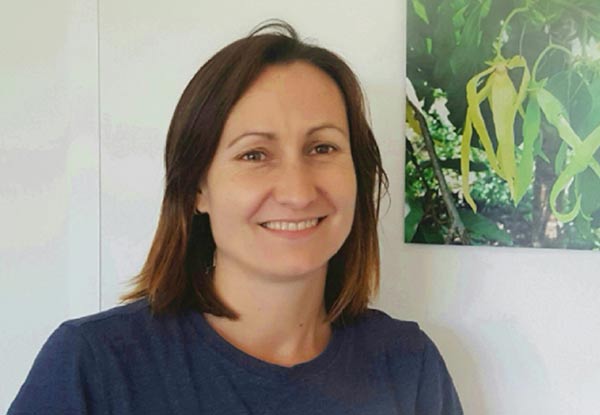 « Jacarandas France is a small team. This requires everyday versatility which makes our work interesting on a daily basis. The intercultural management and the naturalness of the products make my tasks more complicated as well as more exciting. I’m proud to contribute to the development of the company. » 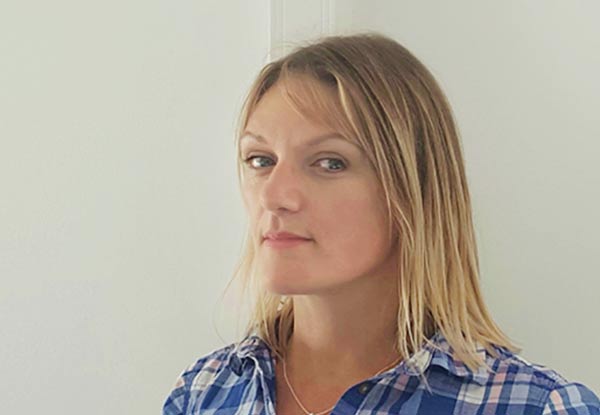 « Working at Jacarandas International in France means collaborating daily with passionate and enthralling colleagues from all over Madagascar. It’s also about offering unique and natural products. There’s no routine here: every day is an adventure full of new experiences! »

Manage cookie consent
To provide the best experiences, we use technologies such as cookies to store and/or access device information. Consenting to these technologies will allow us to process data such as browsing behavior or unique IDs on this site. Failure to consent or withdrawing consent may adversely affect certain features and functions.
Manage options Manage services Manage vendors Read more about these purposes
See preferences
{title} {title} {title}